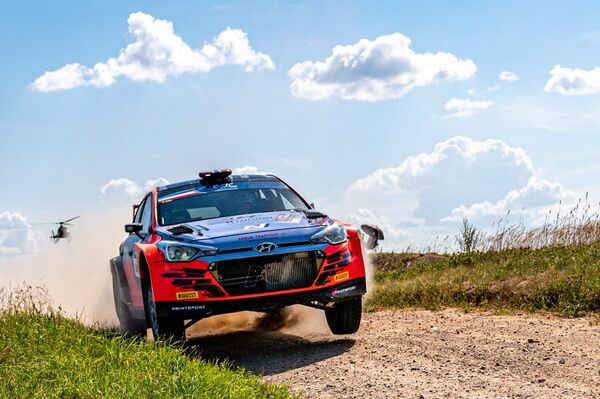 Challenging weekend in Latvia for the first ERC event. Finishing 7th O/A with the Hyundai i20 R5.

"It’s been nice to be back competing again, but it’s been very frustrating with the boost issue and lack of power. The team tried everything they could, but to fix that, was out of our control. That aside, both car and tyres have been flawless this weekend, everything else worked very well, we just needed a little more power to fight for top positions. Finishing 7th O/A wasn’t our target, but considering the lack of power, it’s an OK result."

After finishing 7th O/A, the crew were disqualified from the rally due wrong homologation papers for the rear wing on the car.