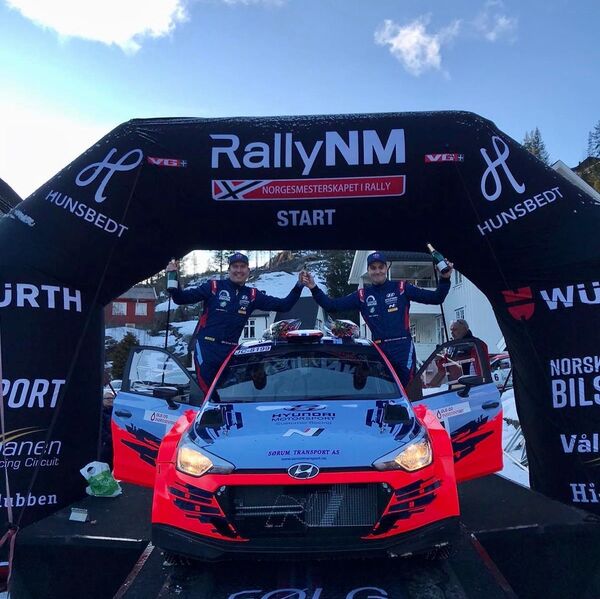 Ole Christian won Numedalsrally for the third time in a row today. Together with co-driver Jonas Andersson he led the rally from start to finish and finished nearly half a minute ahead of P2.

The reigning Norwegian Champion were fastest through 6 of the 7 stages. He were fastest on SS1 but with a lot of snow on the roads and the continuing snow-fall he ended 2,7 seconds behind Frank Tore Larsen on SS2. The second loop through Smådøla were cancelled due to the bad weather conditions on the stage. In their Hyundai i20 R5 Ole Christian and Jonas continued with fastest car through the rest of the stages. They also won the Power Stage and secured 3 bonus points for the championship.

- It’s been a great day out in the forest, and very demanding up in the mountains! With a lot of grip changes I’ve struggled to get into a good rhythm, but still we’ve been fast. The car works perfectly when there is constant grip, but we still need to do some work when the grip is changing. We are doing progress here all the time! Thanks to the guys at Kristoffersson Motorsport for a perfect car all day!