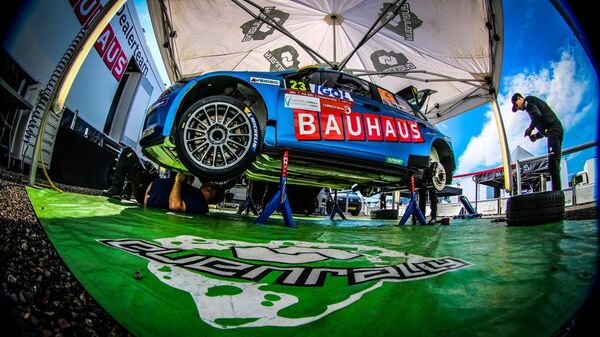 Nearly 6 weeks after the victory in Sweden, it’s finally time for another WRC event for Ole Christian Veiby and his co-driver Jonas Andersson. This weekend they head to the beautiful Mediterranean island of Corsica, to compete on asphalt with the Volkswagen Polo GTI R5.

“We had two really good test days and I’m very much looking forward to our first proper tarmac event of the season. It’s time for Rally Corsica!”

Rally Corsica will also be the first proper tarmac event for the young Norwegian in the Volkswagen Polo, but with the strong results from the two already contested events, he is aiming high.

“After our victory in Sweden and third in Monte, there is no doubt that we are aiming high for Corsica as well. We compete to win, and there will be no safe-mode from our side. Compared to Sweden there are less cars here, but among them we find some very strong asphalt-specialists, so there will be no easy match this weekend.”

This will be the fourth time Ole Christian competes at Rally Corsica. Last year he was holding second when the gearbox got stuck in first gear. He lost a lot of time, but they managed to continue and to fix the damage. On a mission to make up for the lost time, he drove exceptionally well and ended only seconds behind a podium position and 4thoverall.

“We did really good last year, without the gear-box failure I’m sure we would have been on the podium. We have not competed with the Polo on a proper tarmac-event yet, but it felt good in Monte for the small sections there. But after two days of testing I have to admit it is looking very good. I have a really good feeling with the car, and I’m really looking forward to competing.”

This year’s edition of Rally Corsica consists of 14 stages, were nearly 75% of them are new compared to last year. Nicknamed “the rally of 10.000 corners”, pretty much explains that there are no straight high speed sections to be found on the island.

“This rally is a challenging for both driver and co-driver, most of the time it is corner after corner after corner, and not many long straights where you can catch up. This must be the rally were the co-driver talks the most, it is a lot of information to deliver at the correct time. Still, the stages are pretty cool and I do enjoy driving here very much!”

For Rally Corsica Ole Christian will be competing in the same car as Johan Kristoffersson used for Rally Sweden, and the whole operation is run by Kristoffersson Motorsport.