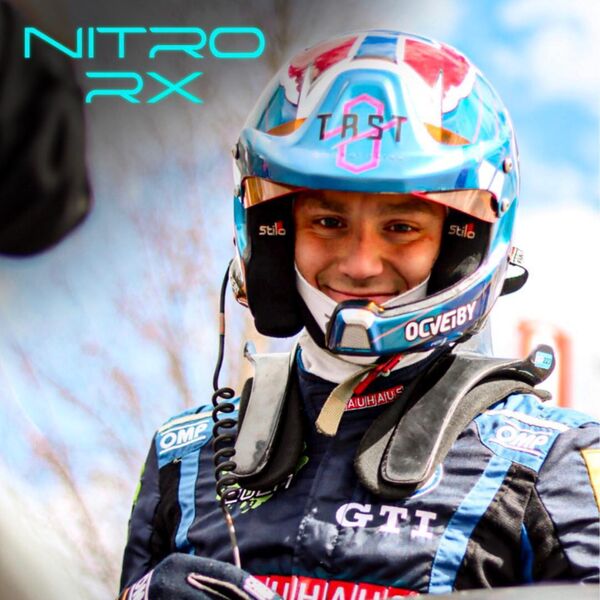 25-year-old Veiby completes a four-driver line up in the top Group E category within the Dreyer & Reinbold Racing and JC Raceteknik fold for the maiden Nitro RX event to be held in Europe, at one of the most iconic rallycross circuits in the world.

The DRR JC team is an amalgamation of American squad Dreyer & Reinbold Racing and Swedish team JC Raceteknik, a relationship born for the 2021 Nitro RX season that has grown into 2022, as Nitro RX expands into a multi-continent 2022-2023 season.

Veiby – a multiple winner in the World Rally Championship’s WRC2 category and an event-winner in the European Rallycross Championship – has returned to rallycross this year after a seven-year hiatus. Racing an Audi S1 Supercar with JC Raceteknik in the Nordic-based RallyX series, the Norwegian has got reacquainted with the racing discipline and impressed with his pace.

Now he will take one some of the top names in the sport, like Andreas Bakkerud, Robin Larsson, Travis Pastrana, Kris Meeke and more in the first-ever event for the monstrous 800kW, 4WD FC1-X cars in the Group E category, competing on a revised version of the Lydden Hill circuit.

Veiby will test the FC1-X for the first time on Thursday at an official test day ahead of the event weekend.

“Ole Christian has had a good year with us so far in RallyX in his return to rallycross, and this is a good opportunity for him to understand Nitro Rallycross and electric cars. We hope he can have a nice race weekend and of course to do as well as possible. For sure he’s at a disadvantage compared to the other drivers in the FC1-X’s who have all done testing already, but he has a lot of mileage in rally and rallycross cars under his belt, so I’m sure he can do well. We will work hard on Thursday to help get him up to speed as quickly as possible.”

“It feels really cool to be on the start line this weekend at Lydden Hill. The cars look fantastic and super, super fast, so I’m really looking forward to try it for the first time. It’s going to be a new experience, but we have a test on Thursday so I think we will be quite well prepared for the race weekend. The expectations are always to fight for podiums and victories when I’m racing. Everything is new, but it is new for everybody, so it’s going to be interesting to see what we can do. I’m really looking forward to it, it’s going to be interesting to see what changes have been made to the track, and to try some jumps!”